As always, your support is most appreciated.

So a couple winters ago my buddy in Madison gives me a ring and says I have to check out this band he found.  He says they’re called the Great Lakes Myth Society.  I figure with a name like that they certainly deserve a shot, so I look ’em up and discover that what they are, in essence, is everything I ever hoped Michigan/Great Lakes themed music could or should be;  A rich warm pub lodged like an ice-pick in the heart of boozey geographies and northern folk lore.

Anyway, over the summer I got a booth at the Shadow Art Fair in Ypsilanti with a bunch of shirts and posters for sale.  Later on in the show a vaguely familiar looking guy* comes up and begins to inquire about my freelance availability.  He says he needs some shirts for his band.  His band is called The Great Lakes Myth Society.

* Timothy Monger.  I had been to a couple shows, but it was dark and he hadn’t been wearing a hat. 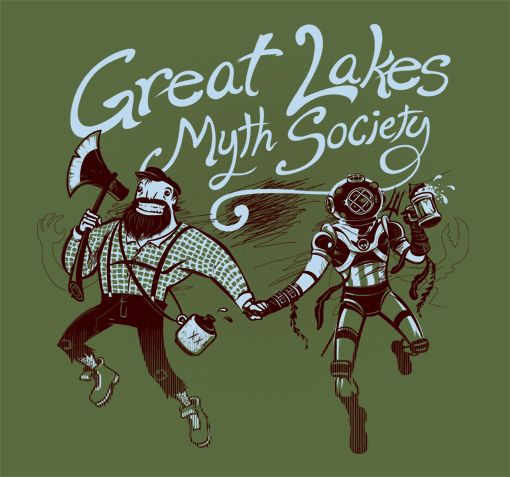 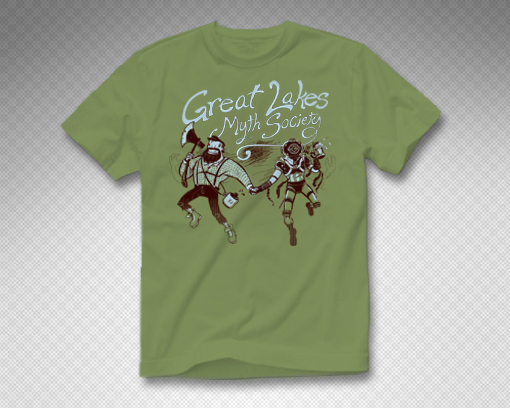